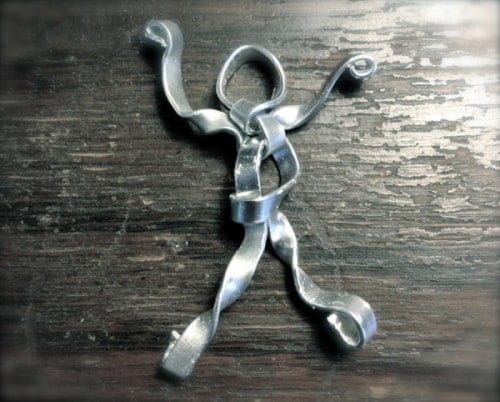 Can You Hold Your Greatness?

Did you know the word ‘humility’ has its roots in the word humus, which means ‘earth?’ (As in ‘down to earth’). This curiously, is also one of the root origins for the word ‘human.’ (Pointed out by Madeleine L’Engle, in Walking on Water).

One could argue that best versions of ourselves are seen when we acknowledge that we came from the elements of the earth and will, at some point, return to the soil. Perhaps internalizing this could keep ourselves properly grounded (pun intended)? The tree revels in its height and beauty, the slug enjoys its slippery-ness; all of creation is comfortable in its skin – except us (with the exception of the ‘blessed few’).

Why can’t we be accepting of who we are?

I believe it primarily comes down to our view of ourselves and then how that plays out in our actions. It seems there are two popular extremes – either a poverty or over-valuation of our sense of selves.

On the one end of the spectrum people are focused on their short-comings, refusing to see themselves as having any merit or anything of value. This insecurity is usually manifests in reactivity, posturing, and generally being an energy drain to those around them.

Haven’t you seen the man who acts tough and blustery, macho and testosterone-overloaded? There are the husbands and dads who rule with anger and intimidation. As long as they have control then they don’t have to feel their own inadequacies. The extreme opposite: the man with the limp handshake, the one who won’t make eye contact, who won’t try for fear of failure.

What about the woman who has to control every detail of her husband’s and children’s lives? She too, is afraid – fearful that she is nothing without the clean house and the perfect family, that she is somehow ‘less-than.’

Religious people compare how much service they are doing (or how little sin they are participating in). Non-religious folks look at their philanthropy. In the university setting, you see professors brag about their numbers of publications and their CVs (feeling inadequate to those who have more). Businesses posturing about how much money is made or who they are connected to. Those in lesser jobs use their possessions and vacations as the litmus test for their worth. Comparison is death to healthy acceptance.

The extreme other side of this self-loathing is the Narcissist, who is arrogant and full-of-himself – he really does believe that he is better than all of the rest of you. He is not posing, but is convinced that he is God’s-gift-to-humanity / women. This is a dangerous person, because he does not have the ability to actually see you, your needs or desires. He is only concerned with his agenda.

It’s not just the men who display this loathsome behavior – there are women as well. Snooty, self-absorbed princesses, willing to make the world bow to their whims. It is a sickness.

There is a whole up-and-coming generation of entitled young people who have experienced the world revolving around them. They will “mature” (and I use this word with sarcasm) into people who think it should continue this way. Over-valuation of yourself makes it difficult for others to accept you. It separates you from humanity in a way that is isolating and ultimately, unhealthy.

Few of us demonstrate the extremes of either of these positions, but we all err on one side or the other, failing to find the sweet spot of self-acceptance.

Have you ever asked yourself what it would look like to be truly humble? By this I mean able to hold your giftings, your beauty, your strength – able to live them WELL. Not to get wrapped up in how great you are, but to honestly embody your strengths?

Are you able to grasp that you were created in love, for love, by LOVE, for a purpose, and when you do this, you live like a Masterpiece?

Furthermore, who gets the accolades?

When you think of the Sistine Chapel, yes, you see its greatness, but to whom does the spectacular mural point to?

I’ve never heard anyone speak of how talented the Mona Lisa is – the credit goes to her creator, Leonardo Da Vinci.

Likewise, can you deliberately, volitionally hold your greatness, but live close to the earth, remembering that the credit is not yours? Can I? And in doing so, become more Human?