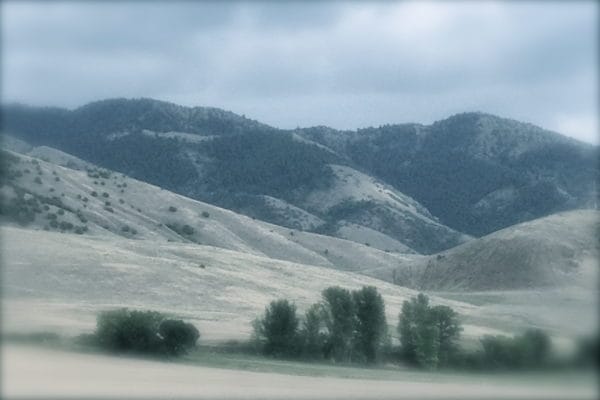 Three Ways to Hear Your Heart

I was listening to a podcast the other day with my son. He was somewhat interested, but mostly tired, so his focus was less than intense. In the context of the show, the narrator read a line from a C.S.Lewis’s The Horse and His Boy. My son sat up and said, “YES!” even before the sentence had been completed. He recognized the quote from the first few words. “I love that book!, he said, now animated and engaged.

The podcaster’s whole point was that we (or rather he) could relate to this character – someone who was lost, confused, and living out of a lesser self. He was destined to be a king, but had been living as a servant. His point was that we relate to stories, because our LIVES are stories.

The other day, I was re-watching The Horse Whisperer I had seen years ago, where the main character is wrestling with overwhelming grief. Her friend was telling her a story about a boy who broke his neck while diving; he became so depressed that he just went away. She said, “I know where he goes.” At the time I initially saw the film, the line haunted me, because I felt like that was me. I felt that deep sadness that tempted me to ‘go away.’ Though the reasons for my sadness were completely different from either of these characters, I fully identified with them. Even now, when I struggle with feeling depressed, I hear that line in my thoughts. The story was about fighting to not surrender, to push through those dark feelings, fighting them, and coming out on the other side.

There are other famous lines that spur me on toward greater character or courage:

“When I run, I feel God’s pleasure.” (Eric Liddell, Chariots of Fire). I, personally am not a runner, but when I write or paint, I feel this. When I have a good conversation with someone, where they feel seen and supported, I identify with Liddell’s experience.

“Carpe Diem. (Whispered) Caarrppe Diiiiem.” Who can forget Robin William’s fantastic, inspiring plea to his students in Dead Poet’s Society? There are many times where I am tempted to take the easy route or the less daring; I hear his words in my head, and I change my course of action. In this way, he has become a part of me. Because I would like to be that person who ‘lives life to the fullest’ – ‘who sucks out all the marrow of life.’ When I see myself in Dr. Keating, I live out the better version of me.

Elrond to Strider in Return of the King: “Put aside the ranger. Become who you were born to be.”

What a wonderful way to say, “It is time to grow into who you were destined to become.” – I hear it like this, “Miriam, step INTO your giftedness. Don’t hide. Don’t play the lesser role. Fulfill your destiny.” (Can you hear the music swelling?) On a good day, believe me, it doesn’t sound cheesy. It draws me up into something Larger. And yes, there are plenty of bad days, where I push the thought aside and stick a mundane “to do” list in front of me.

This business about being both intentional and more sensitive to the callings of your soul … it’s what I am about and wanting to challenge you to as well. Here are three ideas to nurture this space in you:

First, pay attention to lines in movies and songs that grab you. There is a reason that they pull on you. What is the latest phrase that has snagged your attention? My guess is that this will give you some pretty good insight into where you are struggling. Sometimes your heart knows before your brain does.

Second, busyness ASSAULTS insight into how you actually are doing. It reduces our emotional states to very primitive words like angry and sad. You are so much more nuanced than this. Try to carve out some little space where you can check in with yourself and ask, “How am I actually doing right now?”

Third, make a conscious effort to pay attention to the hearts of the people around you. We are so quick to judge, quick to anger, quick to dismiss someone because we are stressed or in a hurry. When you deliberately try to hear your child’s perspective, your spouse’s feelings, your friend’s view point … this will hone your skills and you will get better not only at hearing their hearts, but hearing your own.

Why bother, you ask? Because out of the heart flows the well-springs of our life. That’s why.